LADY-FAME and St. Bernard. September 15, 2013: The LADY-FAME Book Project is still my highest priority right now, but, my favorite restoration project at St. Bernard Church started back up right at the moment the Kickstarter Project to help fund LADY-FAME ended!
The past three months, during which I had been planning to sit at the keyboard writing, instead became three months of graining pews.

LADY-FAME; or, The Fluke is this book I am currently working on. Something I've been putting off for many years. People are getting older and I better get this thing written down before they're all gone.
I actually started writing it in 1973, almost immediately after having survived the Christmas Eve, 1972, sinking of the crab boat, LADY FAME, at the entrance to Humboldt Bay. Over the course of the next six months, I wrote down 50,000 words documenting my every thought and action, as truthfully as possible, during the 24-hour period leading up to a near-death experience.

Now I am expanding the story. Embellishing. Exaggerating. Maybe making stuff up.
Kind of a novel, kind of a memoir. Kind of true, kind of a lie...

You know, a Sea Story. And you know the differnce between a Sea Story and a Fairy Tale, right?
Well, a Fairy Tale starts out: "Once upon a time...", and a Sea Story starts with: "Now, this is no shit..."

A Kickstarter crowd-source fundraising campaign was set up to raise money to make the writing and editing possible. The campaign ended with full funding. In fact, 150% of requested funding! As of this updating in 2022, the kickstarter page is still there and is worth a look. The pitch video is kind of amusing.

While it might seem like a bit of an odd turn after the recent "Exhibition at the End of Time, at the End of the World", I have done projects in the past that would qualify as writing, and I was looking to go in a different direction since the Morris Graves Museum show was intended as a farewell to the idea of participation in art exhibitions. 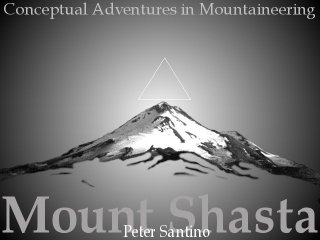 Take a look at "Mount Shasta", a Photo-Novella I created for the Internet back in 2000.

The incident at the heart of "LADY-FAME" was one of four stories in
Jon Humboldt Gates' well received book "Night Crossings" (1990, Moonstone Publishing).
I believe it's out of print but a search should reveal used copies.